The following article appeared in the April 5, 2018 issue of Christianity Today:

As atheist government pledges to promote “Chinese-style Christianity and theology,” changes at JD.com, Taobao, and Dang Dang may revive debate over Bible access. 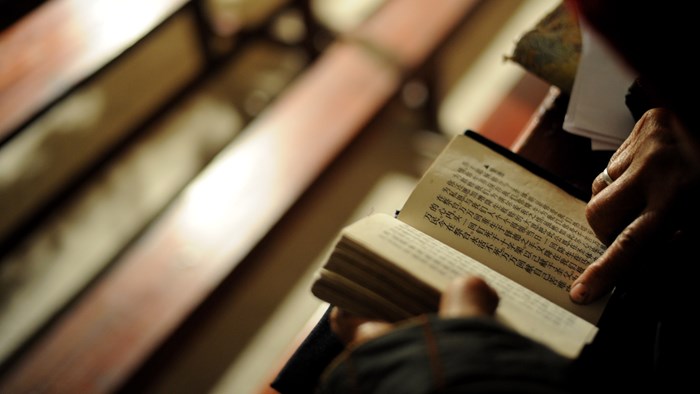 Last week, Chinese social media users began noticing that they couldn’t find Bibles listed on some of their nation’s most popular e-commerce platforms.

Shoppers who searched the word Bible on retailers such as Taobao, Jingdong, Dang Dang, and Amazon.cn began receiving a “no results” response, reported the South China Morning Post.

Search analytics revealed a significant spike in the keyword Bible on March 30. But by April 1, analytics showed a zero, suggesting that the word may have been censored, reported the Australian Broadcasting Corporation.

Two days before the Bibles were banned from online purchase, the Chinese government released a document outlining how it intends to promote “Chinese Christianity” over the next five years. According to the document, one of the government’s key objectives is to reinterpret and retranslate the Bible in order to enhance “Chinese-style Christianity and theology.”

Among China’s main religions—which include Buddhism, Taoism, Islam, and folk beliefs—Christianity is unique for having its holy text banned from commercial brick-and-mortar bookstores. Until the internet, Bibles could only be obtained via church bookstores (because they lacked a barcode), a reality that in the past has dissuaded house church Christians wary of official Three-Self churches from purchasing the text.

China’s Bible crackdown may renew a debate about whether Bibles should be smuggled into the world’s most populous country. As Gary Russell, now the president of China Harvest, told CT in 2010:

Amity Press Bibles are legal, authentic, and available in many areas, and have made a substantial contribution to the need. But the Amity route is limited in quantity, variety, and distribution. Editions for children and pastors have barely been addressed. And millions of Chinese still have no regular access to a Bible.

Given these realities, covertly supplying Bibles to China is not only legitimate—it is a necessary element of obedience to Christ. While civil authorities are to be honored and respected, their authority is delegated by and limited under God. Restrictions against evangelizing and providing Scripture are not legitimate, and those who love God and China serve well by increasing the country’s Bible supply.

This latest crackdown on China’s Christian community comes two months after the government began implementing a number of regulations on faith. Under these restrictions, religious groups must gain government approval for any sort of religious activity, including using one’s personal home for a religious practice, publishing religious materials, calling oneself a pastor, or studying theology.

Earlier this year, the government announced it would drop presidency term limits, effectively allowing current president Xi Jinping to serve indefinitely. Few Christians may back this development. Overall, Xi’s first (and current) five-year term has not been particularly positive for believers. A provincial government engaged in a multi-year campaign to remove crosses from the tops of churches, while Xi has suggested that religions that inadequately conformed to Communist ideals threatened the country’s government and therefore must become more “Chinese-oriented.”

In the midst of these crackdowns, some Christians have still chosen to speak out against the government, said Fenggang Yang, the director of the Center on Religion and Chinese Society at Purdue University, who joined CT’s Quick to Listen podcast recently.

Yang read a social media post by a Chinese pastor angry at Xi’s term limit extension and clampdown on Christians, calling him a tyrant: “Making politics a religion is an evil act and a violation of the Ten Commandments. This will make the country once again fall into the idolatry of worshipping a person as a God. This will make the nation once again fall into sin provoking Jehovah’s wrath.”