Becoming a Trusted Leader – Are You Kuhl or Wright? 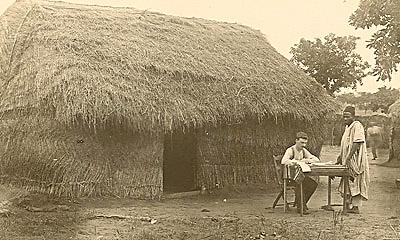 Jim and his wife, Carol, served for 13 years in Nigeria with the large mission organization SIM.  Jim directed the Christian Education department for the Evangelical Church of West Africa.

He then taught at Wheaton College until he was tapped to become SIM’s international director.  After 10 years in that role, he returned to teaching.  Jim chairs the Department of Missions and Intercultural Studies at Trinity Evangelical Divinity School in Deerfield, Illinois.

What He Said…Are You Kuhl or Wright?

Even before he went to Africa, Joe Kuhl had a reputation for being a maverick.  After all, it took determination to go against the tide of family expectations to move half way around the world and learn a totally new language.  Joe arrived in northern Nigeria with a clear idea about how to study the Hausa language.  He even brought his own language tapes and conversational textbooks.  But he soon ran into difficulties.

George Wright, the district superintendent, reminded him that the approved language program required that he learn grammar rules and vocabulary.  George felt his task was to direct his district.  This Joe guy hadn’t been on the field two weeks and already wanted to redesign the whole language school.  George expected new recruits to fit into the team of experienced missionaries and the established language school.

Joe, on the other hand, expected leaders to be more encouraging.  Could both views of leadership come up short?  [Continued tomorrow]

Prayer for the Week:  Lord, help me to promote a shared vision and mesh my energies with those of others to achieve it.

Tags: Leadership
From: Food for Thought
← Rev. Nightingale Returns to Central as Guest Preacher!
Becoming a Trusted Leader – Beyond Controller or Cheerleader →
No comments yet