Lenten Devotional – Day 33 – Are You in First Class? 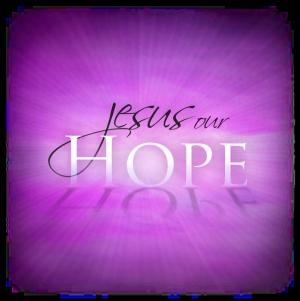 One of my favorite Twilight Zone episodes involves a bunch of big-headed aliens who come to earth toting an impressive reference book. At first, everyone is terrified, but after a little diligent Alien-to-English work, one of the scientists declares that the title of the book is “To Serve Man”.

The earthlings are thrilled and start crowding onto space ships headed for the alien planet. Alas, after a little more translation work, the scientist tries to stop people from leaving earth with the cry, “Wait!  To Serve Man is a cookbook!”

That Twilight Zone episode bears some similarities to the Gospel reading in Mark. Zebedee’s boys, James and John, are trying to fight their way onto Jesus’ heavenly space ship by crawling over the other disciples and asking not only to board, but to be given seats in First Class, with Jesus in the middle seat.

Don’t you just know that Jesus got tired of this kind of silly stuff? I picture him sighing before he continues. First he tells them that they have no idea what they’re asking. “Are you able to drink the cup that I drink? Be baptized with my baptism?” Like children, or anyone who doesn’t have or understand the whole story, James and John eagerly boast that, yes, of course, whatever.

By this time the other ten guys are steaming with indignation, thinking James and John have crossed the line with their demands. But Jesus gathers them together, and then switches things around, turning logic and reason upside-down.

“First of all, I’m not the one with authority to give out seats in First Class,” Jesus explains. “And by the way, all the great and rich people who think they can buy their way up front are in for a surprise.”

And here’s the twist: Jesus tells them that whoever wants First Class seats will have to become a servant to everyone else on board. Just like him. Jesus lets them know that he did not come to sit in First Class. He did not come to be served. He truly came to serve man, and not in the Twilight Zone cookbook-sense.

When reflecting on our place in this kingdom and the next, we would be wise to stop clamoring for the First Class seats and consider our true purpose as people who serve Christ in the world.

Are you in First Class?

Prayer:  Lord, show us how to become better servants. Help us remember that our earthly bodies contain the light of the knowledge of the glory of God in Christ, granting us the tools we need to serve you in the world.