Everyday Ways to Love Your Neighbor – Imagine the Possibilities 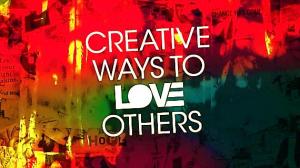 Who Said It … Richard Land

Richard Land has served as president of the Southern Baptist Convention’s Ethics & Religious Liberty Commission since 1988.

During his tenure, Richard has represented Southern Baptist and other Evangelicals’ concerns in the halls of Congress, before presidents, and in the media. In 2005, Richard was featured in Time magazine as one of the 25 most influential evangelicals in America.

What He Said … Imagine the Possibilities

What if just half of those Americans who claim to be evangelical Christians were truly to practice their faith in their local communities as responsible citizens?

Every volunteer social organization in the country seeking to meet the needs of less fortunate people would be transformed overnight. There’d be so many volunteers they’d have to be put on waiting lists.

The databases of crisis pregnancy centers and prison transition ministries and foster-care agencies would be crammed with the names and numbers of families ready to take in young women and ex-cons and children who need hospitality, practical help, and loving care.

Food pantry shelves would overflow. Homebound senior citizens would never be isolated. School children would have mentors for literacy programs and reading enrichment, and adults committed to staying involved in their lives. Nursing-home residents wouldn’t pass time in empty days, neglected by family and ignored by society.

Even those not influenced to accept Christ by such radical, positive changes in society would live better lives.

Prayer for the Week: Heavenly Father, open my eyes to the needs of my neighbors; move my heart to reach out, serve, and share your love in everyday ways.