Battling the Blues – Un-Slump Yourself 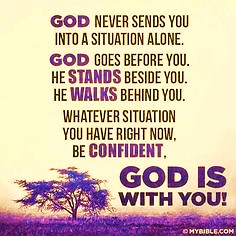 Key Bible Verse: I think of the good old days … I search my soul and think about the difference now.  – Psalm 77:5-6

[continued from yesterday]  I realized that I’d grown accustomed to sleeping on my arm. My soul had gone past the tingling stage; it felt numb and listless. Dr. Blakeslee had more to say: “Bill,” he told me, “sometimes you need to let go of an impure form of security in order to grab hold of a pure form of insecurity.”

It was like suddenly solving a mind-twisting riddle. In a flash I saw his meaning. I realized that I’d held on to work and ministry for security. My stubborn unwillingness to let go of one or both had corrupted my soul. I had believed the lie that a growing ministry and financial security would lead to contentment.

I was resolved to leave the dark, lifeless world of depression, but rolling over would mean taking the risk of grabbing something less secure. Frankly, I didn’t know if I had the courage to walk away from my job. It seemed almost like bungee jumping without a harness and cord. What if God didn’t stop my fall?

Eventually I took the leap and embraced a new direction that offered no financial security and uncertain success. I quit my writing job and later resigned from the church I pastored in order to launch a national men’s ministry. I knew I had grabbed a pure form of insecurity.

—Bill Perkins in Six Rules Every Man Must Break

Thought to Apply: When you’re in a slump, you’re not in for much fun. Un-slumping yourself is not easily done.  —Dr. Seuss (children’s book writer & illustrator)

Adapted from Six Rules Every Man Must Break (Tyndale, 2007)

Prayer for the Week: When I feel discouraged, Lord, help me make positive adjustments and pour myself into others.