Heaven Is the Finish Line – After D-Day 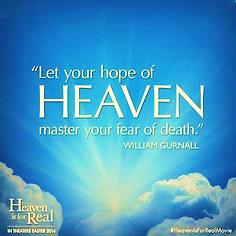 Key Bible Verse: Yet what we suffer now is nothing compared to the glory he will give us later.  – Romans 8:18

D-Day and V-Day.  Oscar Cullman, in his book Christ and Time, used an analogy from World War II to illustrate the believer’s current status.

D-Day was when the Allied forces landed in Normandy and established a beachhead.  The strategizing generals on both sides recognized that the outcome of the war was decided on that fateful day in June 1944.  They understood that if the Nazis had driven the Allies back into the sea, they would have won the war.  But because the Allied armies prevailed at Normandy, they sealed the eventual doom of the Nazi cause.

But between D-Day and V-Day—marking the surrender of the enemy and the Allies’ liberation of all of Europe—there’d be many months of suffering and struggle. There’d be horrendous battles as the Allied armies, little by little, pushed back the Nazi forces.

The Cross and the Resurrection were God’s D-Day. God in Jesus fought and won the decisive battle. Although Satan is raising havoc, his power has been broken, and Christ, through the church, is driving back the forces of darkness. God’s V-Day isn’t yet here. But because of God’s triumph on D-Day, we know how it all will end.

—Tony Campolo in Speaking My Mind

My Response: How can knowing the final outcome give me an edge in today’s struggle?

Thought to Apply: Praise the Lord and pass the ammunition.—Howell Forgy (chaplain at Pearl Harbor)

Prayer for the Week: Thank you, Lord, for the hope of heaven. Use it in my earthly life to inspire and sustain my passion and purpose.

Tags: The Hope of Heaven
From: Food for Thought
← Our Role in Evangelism
Heaven Is the Finish Line – Tuned Elsewhere →
No comments yet