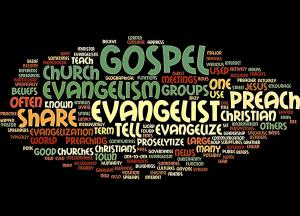 When William Borden, heir to the Borden Dairy estate, graduated from high school, his gift was an around-the-world trip. Touring Asia and the Middle East, he experienced a growing concern for the lost. He wrote home, “I’m going to give my life to prepare for the mission field.” In the back of his Bible he wrote two words: “No Reserves.”

Enrolling at Yale University, Borden promptly began a student movement. By the end of his first year, 150 freshmen were meeting for weekly Bible study and prayer. By his senior year, 1,000 out of Yale’s 1,300 students were in these groups! Beyond campus, he founded the Yale Hope Mission to reach out to those on New Haven’s streets. After graduation in the class of 1909, Borden declined numerous offers of high–paying jobs to pursue his call to mission, now focused on Muslims in China. He wrote in his Bible: “No Retreats.”

Borden next went to Princeton Seminary, then set sail for China, stopping first in Egypt to study Arabic. While there, he contracted cerebro-spinal meningitis. In less than a month, Borden was dead at age 26. But before his death he’d written two more words in his Bible: “No Regrets.”

My Response: What “no’s” must I declare if I’m to be fully available to my Lord?

Thought to Apply: I became my own only when I gave myself to Another.—C. S. Lewis (British scholar, writer)

Prayer for the Week: Lord, I want to fully follow You, even when it’s controversial or risky. Please give me the grit it takes.

Tags: Evangelism
From: Food for Thought
← Playing for Keeps – Aiming High
Celebrating Advent →
No comments yet